About Old Croatian Gods and Myths 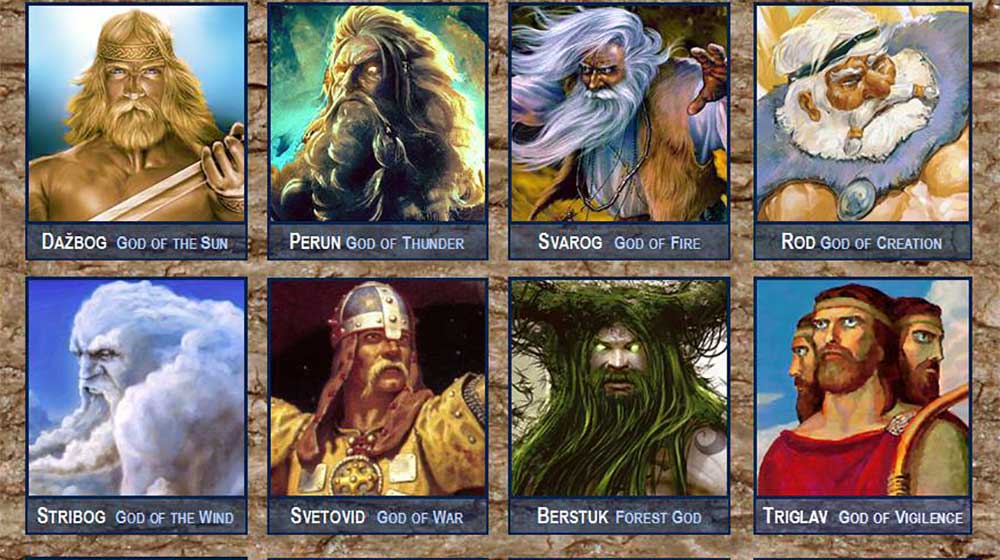 Some of the creatures from old Croatian mythology, and in fact, old Slavic mythology in general, are well known staples of today’s pop culture. Monsters such as vampires and strigoi have long been staples of horror movies, video games, and romantic novels targeted at teens. But the rest of the Panthenon remains largely an unknown area for most people, almost forgotten for all but a few remnants of pagan worshipers and curious historians.

Before the wave of Christianity hit sometime around the 8th century, the first Croatians, who originated from a larger group of Slavs, most likely from southern Poland, had a system of beliefs which was upheld from tribe to tribe, each with their own deity which they worshiped above all others, and each with their individual epics and stories. This was all transferred through generations in oral form, which means that we have no surviving testimonies of Slavic prayers or myths, little iconography and hardly any artifacts to speak of. In fact, much of what we do know comes from Christian chroniclers writing their accounts at a time when Slavic religion was already in decline. 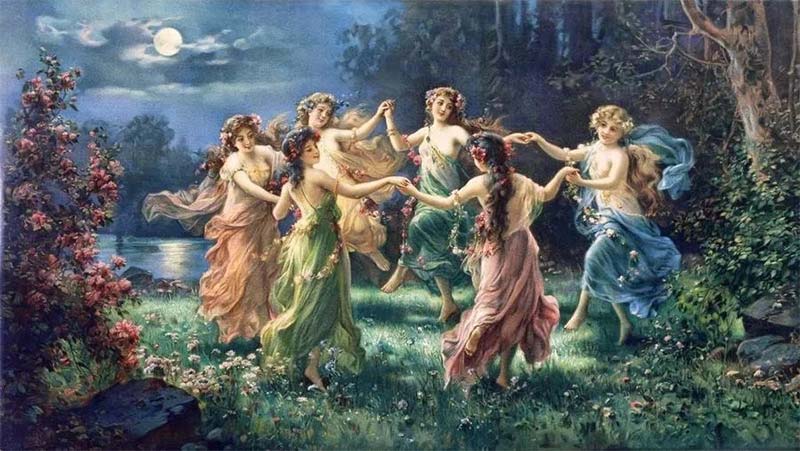 All of this certainly doesn’t mean that our knowledge about Slavic religion amounts to nothing. For historians exploring Slavic religions, this lack of source material was a challenge – a call to resort to reconstruction and piecing together information from numerous sources. They had to read between the lines of other disciplines, such as linguistics, ethnology, archeology and Indo-European studies, as well as searching for any surviving relics of the ancient pagan religion still present in the tales, legends, and customs of the Slavic folk.

At a first glance, the Pantheon of gods specifically worshiped in Croatia may seem confusing and vast. There are countless different deities varying from tribe to tribe, some of them actually the same gods with different names, other times completely unique beings specific to the tribe or village. A lot of them are still „alive“, so to speak, within classic Croatian stories penned by writers such as Ivana Brlić Mažuranić and Vladimir Nazor who used them as characters in fantastical tales which today are taught in schools and deeply analyzed. We’ve compiled a handy overview, so read on!

There were many different gods worshiped in Croatia, in fact, too many to list in this post. The following is a collection of the few most important, and most well known, gods in Croatian mythology.

Perun – Perun is undoubtedly the highest god of the Slavic Panthenon. Think Zeus for the Greeks or Odin from the Norse mythology. Worshipped across wide expanses of Slavic Europe and even beyond (he also appears in Baltic mythology), Perun is the raging lord of the heavens, and the god of lightning and thunder. The name comes from Proto-European, meaning „to hit“, and it survives today in the Polish language, where it came to denote „thunder“ (piorun). As the greatest Slavic god, Perun was considered equal in power to the new Christian God.

Some tribes outside of Croatia, worshiped gods considered to be different „incarnations“ of Perun. These were Ruievit, Porevit and Porenut. All three of these were depicted as multi-faced idols, though the rest of the attributes given to these deities do seem to fall in line with Perun. 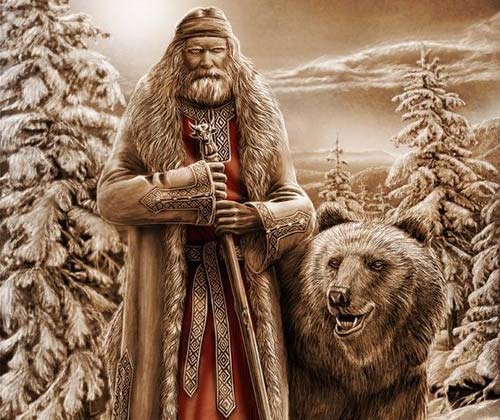 Veles – Veles is sometimes called the second most important god of ancient Croatian religion. He was the god of cattle. This can also position him as being the god of wealth, as cattle was one of the main markers of an upstanding family of the time. Other hints suggest he could have been linked to the domains of magic, poetry, oaths, the underworld and the dead.

Velese is sometimes seen as the mythological antagonist of Perun, part of a structural pattern that may reflect a more ancient Indo-European myth of a primordial rivalry between the two opposing supreme dieties. This is also found in Christianity as well, with the rivalry between God and the Devil being one of the key elements of the religion. Interestingly, in the Czech language, the phrase „Jdi za moře k Velesu” (Go across the sea to Veles) means “Go to the devil.”

Triglav – Immortalized through the mountain in Slovenia of the same name, Triglav is another god connected to oath making and divination.

Depicted as a three-headed statue, he was described by Christian writers as covering its mouth and eyes with a golden encasement which was interpreted as the god’s refusal to witness the sins of humanity. The three heads of the god stood for the three realms ruled by Triglav: the heavens, the earth, and the underworld. His name also roughly translates to “three-headed”. 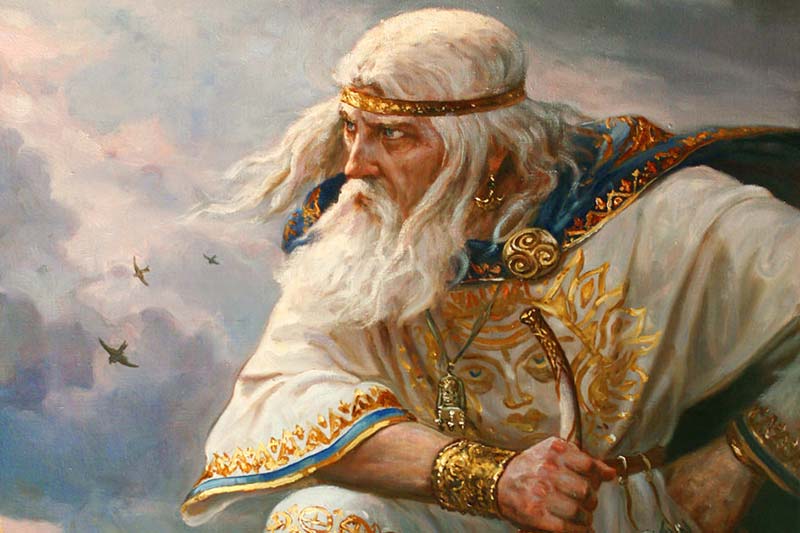 Stribog – Stribog was the Slavic god of wind and forests, often depicted as a gray, wealthy old man dressed in dark blue close and carrying a golden bow. Legend has it that he lived at the edge of the world and was rarely seen in the company of the other gods, only appearing when help was needed. He was most worshiped by farmers as they believed that the rain comes only by his mercy and that he used his breath to drive rain to those who prayed to him most.

This is perhaps the most well known god in Croatian mythology as he is one of the characters in the story Šuma Striborova (The Forest of Stribog), written by Ivana Brlić Mažuranić. In it, he is depicted as the lord of an enchanted forest, feared only by the wicked and used as a shelter to the good. 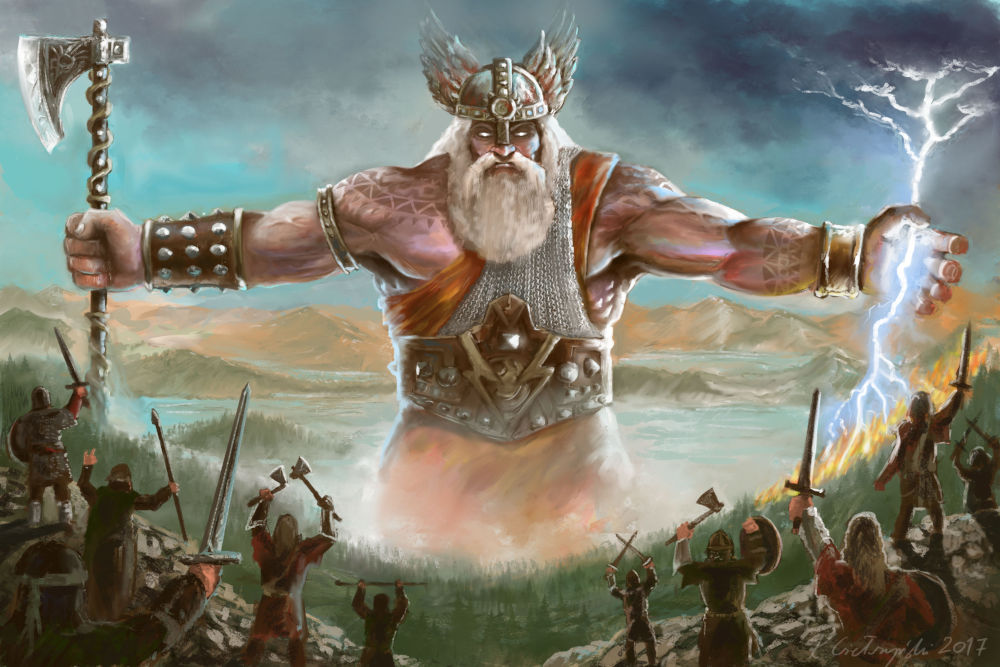 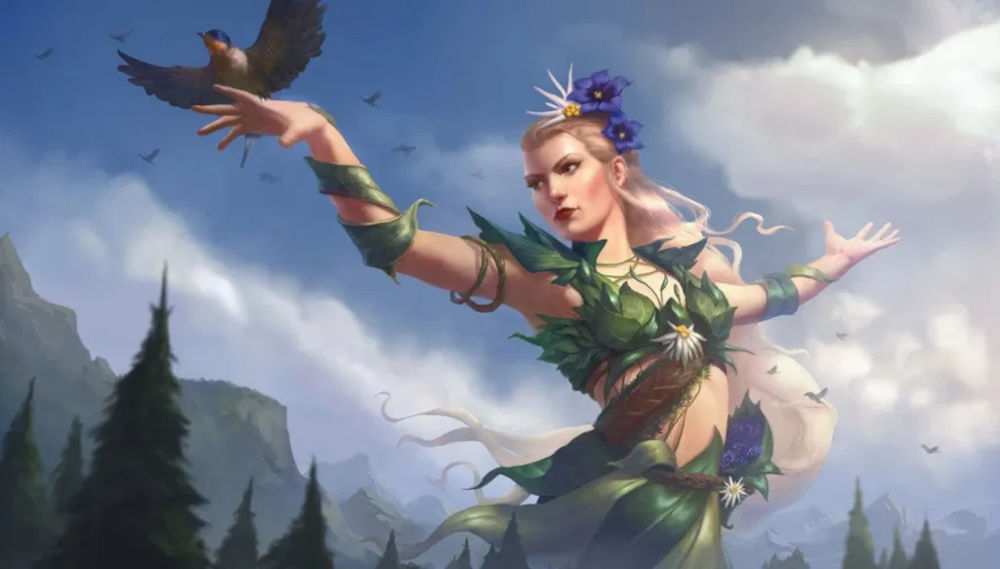 Vesna – the goddess of spring, love and harmony 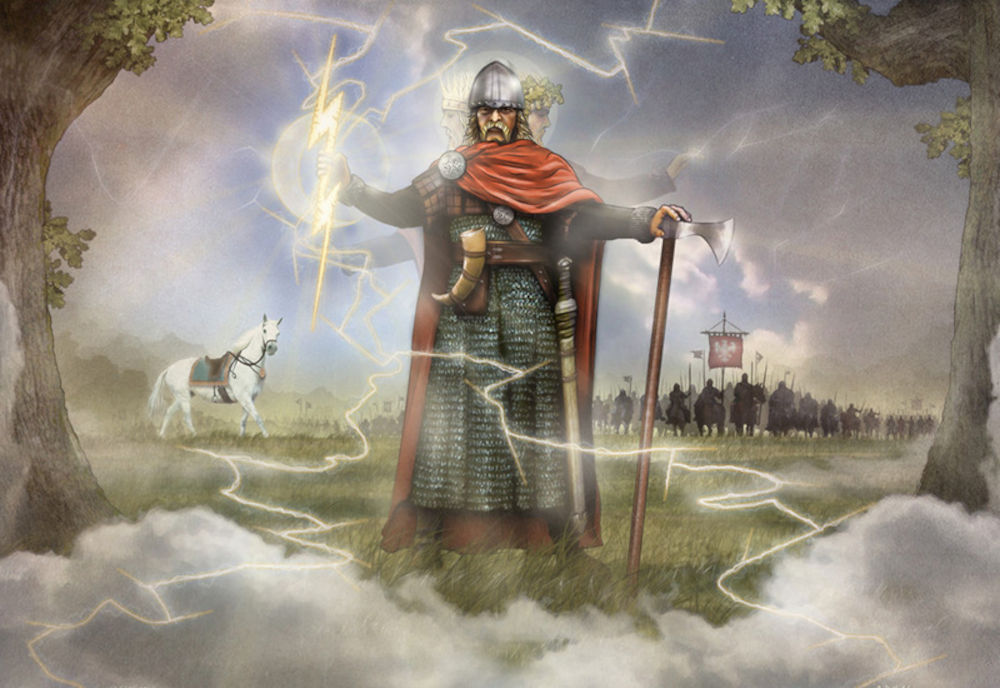 Svantevid – the bearer of light 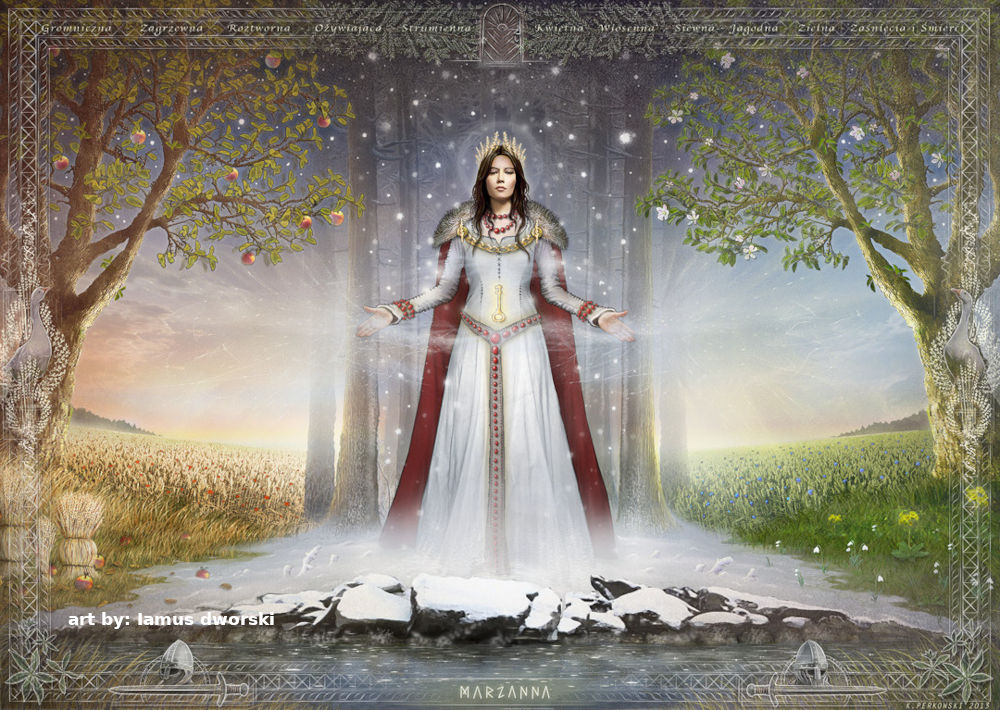 Morana - Slavic goddess of winter, death and misfortune in love