Although it definitely is the biggest one, Dubrovnik is not the only gem found in the southern Croatian Adriatic. Cavtat is a unique town on the Adriatic, an old city situated on the hilly part of the wooded peninsula Rat, its surroundings overgrown by Mediterranean vegetation, with the evergreen pine and cypress trees. There are more than 7 kilometers of sandbanks, clean sea water, sand beaches and bays which only a few reasons because of which Cavtat is one of the most sought after and visited tourist resorts in the Dubrovnik area.

The special charm of this old city are the buildings that have remained from the time of the old Republic of Ragusa, the whole city being built according to the regulation plans prescribed by the Republic, and the result was the present-day look of the old town part of Cavtat. Most monuments of history and culture belong to the fine but modest Renaissance architecture, with the Gothic style sprinkled in for good measure: The Rector’s palace, fortifications, city walls around the city, squares, St. Nicholas’ church, the church dedicated to Our Lady of Cavtat and the Franciscan monastery. 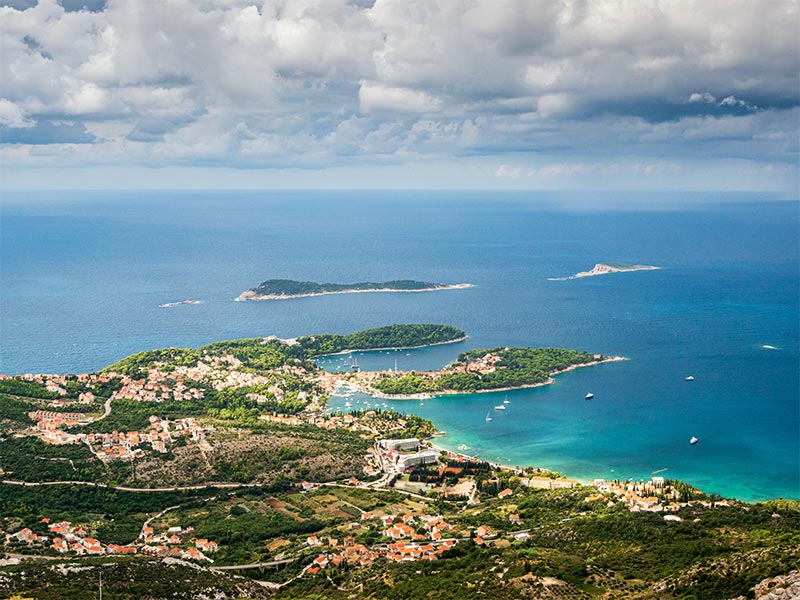 The ancient city proudly showcases its old, several thousand-years’ long history. It had been built up several times, having to be restored from absolute ruin and total destruction. It used to be known as the flourishing Epidaurum, well known in the ancient times. After the total destruction in the 7th century, only the deserted ruins remained. When the Republic bought Cavtat with Konavle in the 15th century it was built up again on the ruins of the old city.

There are numerous remnants of the ancient settlements to be found, Illyrian, Greek and Roman. Traces like old walls, fortifications, ruins, and much more is spread all over town. Many archaeological findings, like amphorae, parts of capitals, architraves, friezes, mosaics, memorial tablets from gravestones, jewelry and coins, found covered by soil, show us the wealth and beauty of the ancient historic settlements that preceded modern day Cavtat.

Today it is still possible to see the remnants of old streets, passages, remains of the old Amphitheatre near the Franciscan monastery, city walls and stairs that used to lead to the top of Rat, where, according to the legend and some historical proofs, there used to stand temples and the ancient Greek acropolis with the temple of Asclepius. Today the small hill is the place of the masterpiece of the great Croatian sculptor Ivan Mestrovic, and from there his St. Rock’s chapel, the Mausoleum of the family Racic, dominates the view.

To this day, Cavtat remains a treasury of art, culture and historic wealth, kept in the Rector’s palace, the museum and the churches, in the Picture Gallery and the many private family collections, that we’re built up through the centuries by the wealthy merchant families of the Republic. 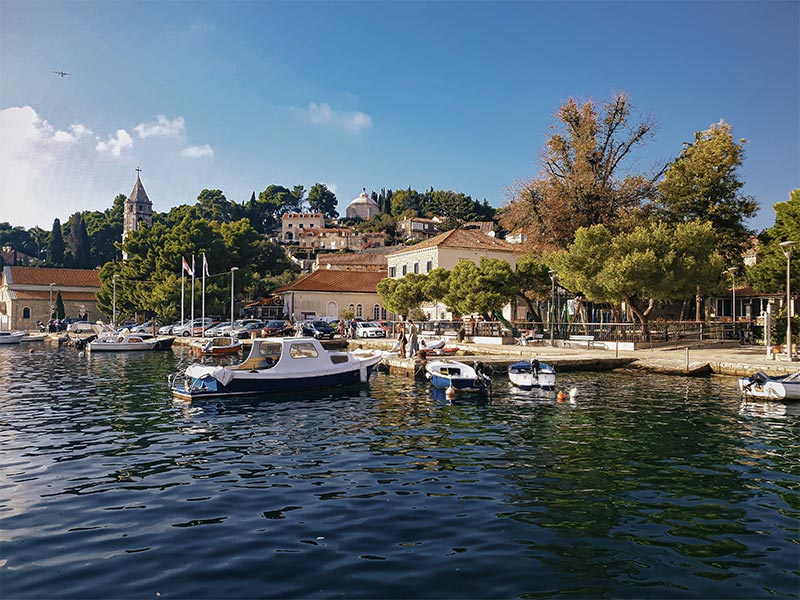 Cavtat is the birthplace of the great Croatian painter Vlaho Bukovac, active in the 19th and 20th centuries. The Memorial Home of Vlaho Bukovac, together with his atelier, is set up in his birth home. Many of his works can be seen throughout the town: in St. Nicholas’ church, in the Picture Gallery, in the church of the Franciscan monastery and in private collections.

The sheer proximity of Dubrovnik also means that visiting the Town or getting to the airport will be very easy to do, and also you will have the opportunity to explore this beautiful small town itself, and see a part of Croatia not too many get a chance to.