Zadar has the most beautiful sunset in the world, more beautiful than the one in Key West, in Florida, applauded at every evening.

These words were spoken in 1964. by none other than the master of horror and suspense himself, Alfterd Hitchcock as he tried to capture the beauty of the setting Sun with his camera in hotel “Zagreb” in Zadar. And rightfully so, the sunsets in Zadar are quite unanimously proclaimed to be of the most beautiful due to the city’s western orientation. In fact, in the Zadar port, on the western most point, you will find the “Monument to the Sun”, a glass installation from which the view opens up to the setting Sun and the islands in the Zadar bay. A sight to behold, and one you won’t forget any time soon!

Zadar itself is an ancient city, situated on the mainland in the mid-Adriatic area. Its old core is located on a peninsula with the modern part of the city stretching inland. It’s even connected to the island of Pag via a bridge, making Pag an artificial peninsula. 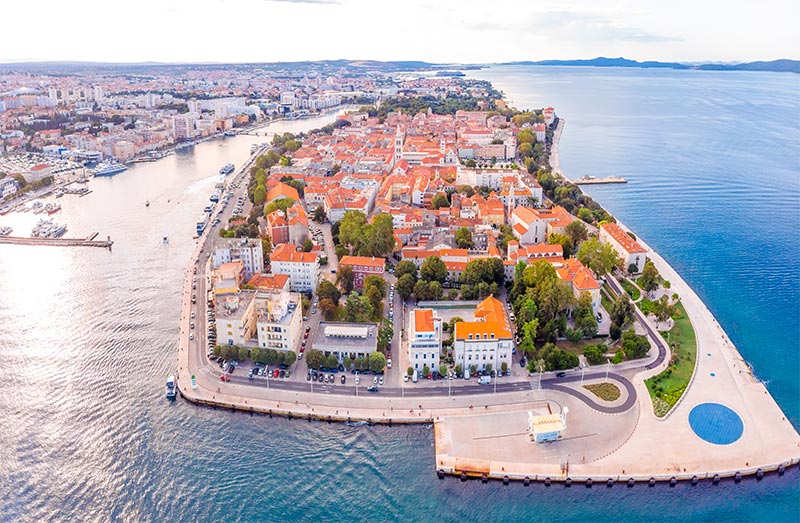 To say Zadar is old would be an understatement, as the earliest artifacts found in the area date all the way back to the 9th century before Christ! These are fragments of the first settlers of the area, a collection of Illyrian tribes called the Liburn. Their settlement, known as Jadera, was an important trade center of the time as they did a lot of business with the Greek colonies on the Adriatic. Starting in the 2nd century BC, during the time of Roman conquest, Jadera was gradually being inhabited by settlers from the Italian peninsula, and it becomes a Roman municipal, which means the people of Jadera had all the privileges of Roman citizenship, while keeping the liberty to live by their own laws and customs. During the next several centuries, the city was being built by all the guidelines of Roman urbanism and one of the remains of this era are a Roman Forum, a triumphal arch and an amphitheater among others.

In the medieval period, Zadar was the political center of the Dalmatian region, a status which it managed to uphold all the way until 1918., even while being under the rule of various empires, such as the Byzantines, the Venetians and the Austrian-Hungarians. The Venetian empire first showed up in the Adriatic in the 10th century AD and started colonizing the area. They were the first to conquer Zadar, but the city did not go peacefully. During the next 8 centuries, all the way until the end of the Venetian republic in 1797., Zadar constantly shifted between being controlled by Venice and the local populace taking it back in countless uprisings and revolutions. One reason why the Venetians wanted Zadar so bad was due to the fact that the Ottoman empire, who were de facto the greatest rival of Venice at the time, never managed to conquer the city, despite trying numerous times. The Venetians restored what defenses were present from the past and made new bastions, walls and towers and Zadar thus became a fortified port, a crucial part of trade routes at the time. It’s also interesting to note that the first university in Croatia was founded in Zadar during this period in 1396. by the Benedictine order. 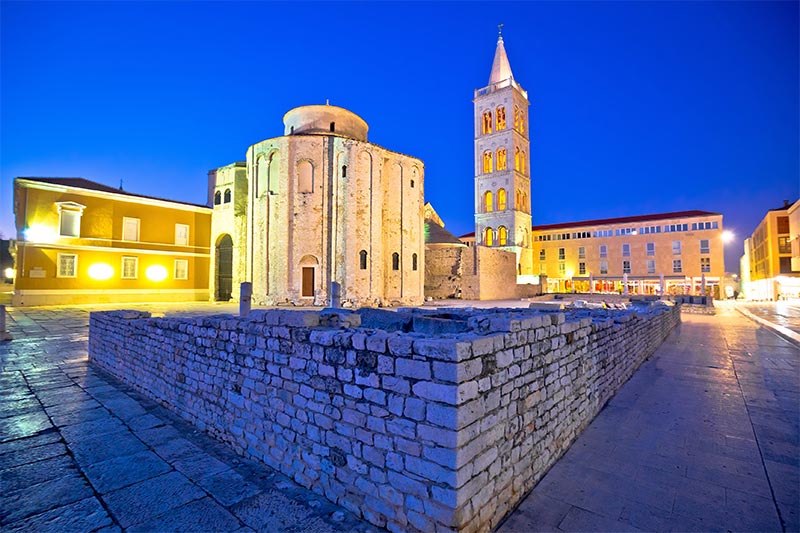 At the start of the 20th century, Zadar was a political hot spot and one of the center points of a “New Course Politics”, which aimed to unite Croatia in a singular country, as opposed to it being divided in regions. This revolution very quickly came to an end as Zadar, along with Istra and Rijeka and the islands of Cres, Lošinj and Lastovo, was annexed into Italy. This meant that a wave of italisation came about and anyone not willing to submit to this was relocated elsewhere. This is also when the city, until this point a powerful industry and trade center, started to decline as it suddenly found itself cut off from the inland parts of Croatia and business became complicated to conduct. During WWII, Zadar was under Italian command until 1943. when Italy fortified the war and the city was once again a part of Croatia.

During the Homeland war (1991.-1995.), Zadar was most heavily affected for the better part of 1991., until October of that year when a truce had been made and Serbian forces left the city. Despite this, Zadar was still occasionally shelled throughout the war and wasn’t fully liberated until 1993., while the outskirts were liberated in 1995. during a military operation code named “Oluja” (Storm), one of the final and most significant efforts of the Croatian army during the war. 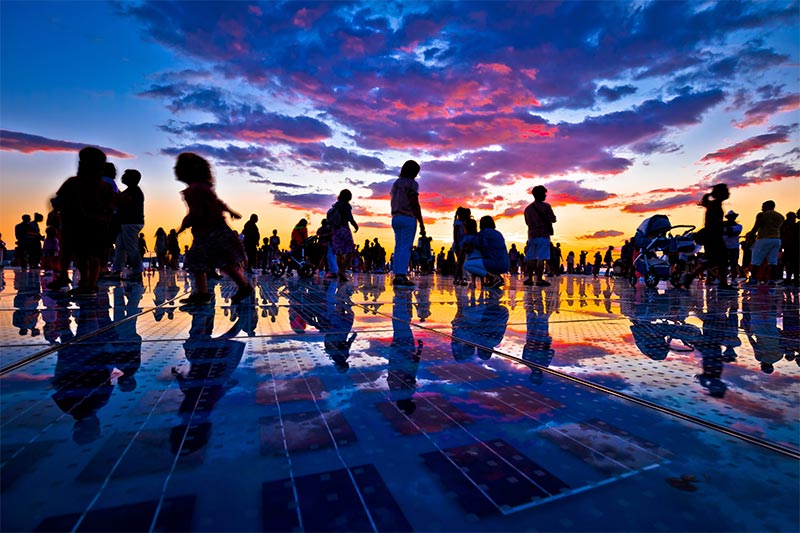 Today, tourism is the number one occupation in Zadar, as this city, shaped by countless leaders, historical events and a constant struggle to remain free, has a lot to say in the stone which makes up its ancient houses and streets. Apart from the usual recommendations such as local, traditional restaurants, cafés, beaches and cocktail bars to spend a lazy afternoon in, the curious traveler can expect to find inscriptions in stone left behind by kings, remnants of a once grand Roman empire and monumental churches, unlike any other. Of the more modern art installations, apart from the already mentioned “Monument to the Sun”, you will find the Sea organ, and it’s exactly what it sounds: it’s a set of pipes which produce sound based on the waves hitting them, playing an eternal, ever-changing song composed by the Sea itself. Regardless of what you want to experience on your vacation, Zadar has you covered!