When you mention the pearls of the southern part of Dalmatia to people, everyone will automatically think of Dubrovnik. However, in the recent years, another place in the same county has been getting more and more attention. That place is the Mljet National Park, located on an island, bearing the same name.

The island of Mljet is some 79km north of Dubrovnik and it is the southernmost of the major islands of Croatia. Because of its remote location, there are few ways to get there. There are catamaran services from Dubrovnik, running to Sobra and Polače. You can take catamaran from Split or Dubrovnik to the port of Pomena, located in the heart of the National Park. Alternatively, you can go to the Pelješac peninsula and take a ferry from there to the island. 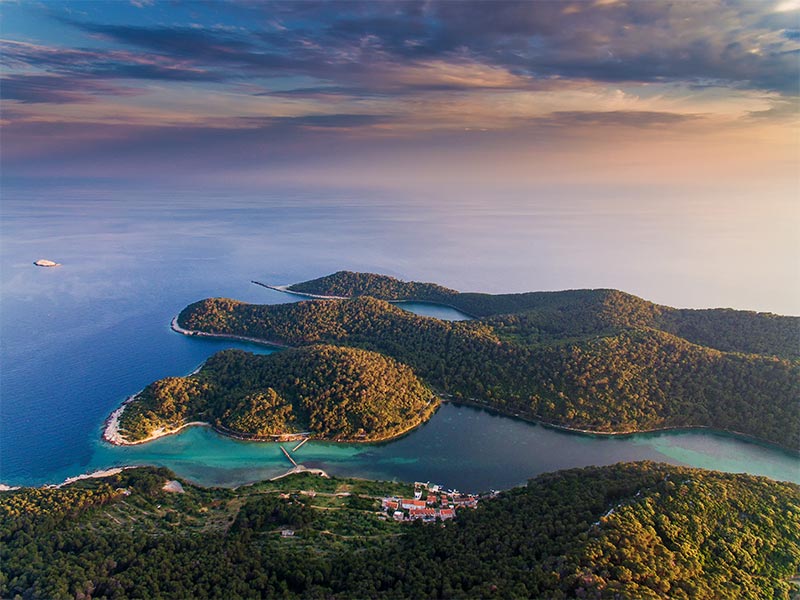 The national park itself was founded in 1960, and more than 100 000 people visit it every year. However, the history of this island goes way back and even has a legend tied to it. Its ancient name is Melitta, which comes from the Greek melitte nesos, meaning the honey isle. It first belonged to the Republic of Ragusa, or Dubrovnik, from 14th until the start of the 19th century, then to France, Austria, Yugoslavia, and lastly, the independent Croatia. The legend about this place goes that Mljet is actually the island of Ogygia, where the beautiful nymph Calypso captured Odysseus and held him prisoner for seven years. There are many signs of Greek and Roman presence on the Island, such as Greek pottery , which is found in abundance, and the Roman ruins near Polače.

Once you arrive to the island there are many things to do. You can choose from a variety of adventures. Whether you just want to walk or cycle in order to explore, or you can go scuba diving and kayaking. In addition, you can visit the Odysseus’s cave and see where he was captured according to the legend. If you decide to go sightseeing, one of the places you must visit is the village of Goveđari. The name comes from the Croatian word govedo, meaning cattle, and it is a beautiful little village, entirely protected by law. You cannot build or sell houses within it, and you can only renovate your property according to the original plan. It is actually the first village allowed to be built by the Benedictines on the western part of Mljet. Another place to visit is the small port of Polače, located deep within its own gulf. It is regarded as one of the most beautiful places to swim in the southern Adriatic. You can find an office of the National park Mljet there and get all the info you need. 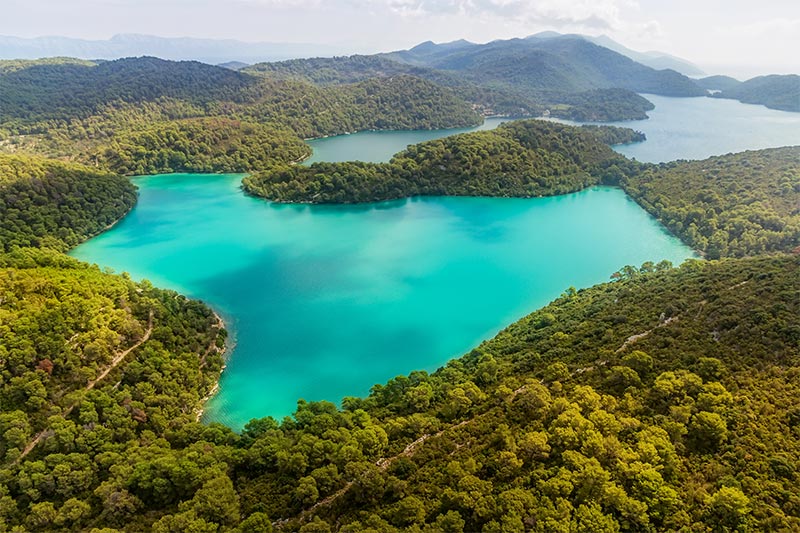 The main attraction of the National park Mljet are its two salt lakes, Veliko and Malo jezero (Great and Small lake) which are a truly mesmerizing sight. The size of these lakes is around 4 square kilometers and in the middle of Veliko jezero is the island of Sv. Marija (St. Mary) with a Benedictine monastery on it. That monastery is turned into a restaurant in these modern times, but it is still a great place to visit if you want to see a medieval fortified monastery. There are boats running from the shores of the lake, to the little island, every hour. There is a stream connecting the two lakes, where a current is present, flowing from the bigger lake into the smaller, during high tide, and vice versa, during low tide. And as we’ve said before, you can explore this area in numerous ways, by walking, cycling or kayaking through the lakes.

Whatever you decide to do, you are certainly in for a treat and you are going to enjoy every minute spent here.