To say Vela Luka is a quiet little port town would be an understatement. The promenade, filled mostly with locals exchanging stories and sipping drinks under the protection of Sun umbrellas mixed with travelers looking to experience island life without the overbearing crowds, frames an extremely deep bay in the Korčula island. Almost every available inch of it is what the place got its name from: Vela Luka directly translates into The Great Port. The stone streets of Vela Luka, however, extend upwards, crawling towards the sky along the foot of Hum hill – the tallest hill on Korčula.

The prehistoric signs of life found here are amongst the oldest not just in Croatia, but Europe in general. The richest excavation site, where most artifacts have been recovered from, would be Vela špilja (Big Cave), a small open-dome cave on a hill overlooking the bay of Vela Luka. This tiny cave tells a story which starts 20,000 years before Christ at the end of the stone age. This is based on the evidence found in the sediment of the caves, and archaeologists have so far dug up everything from simple stone tools used for hunting, to sea life remains, various painted pottery and even human remains indicating a developed funeral ceremony. Interestingly, prehistoric pottery was found on the island of Hvar with very similar patterns to the ones from Vela Luka, indicating that these two groups communicated with each other and shared techniques. The excavations in Vela špilja are far from over, as various archaeological groups are still digging deeper and deeper and finding new evidence of the various groups which lived in the area throughout time. 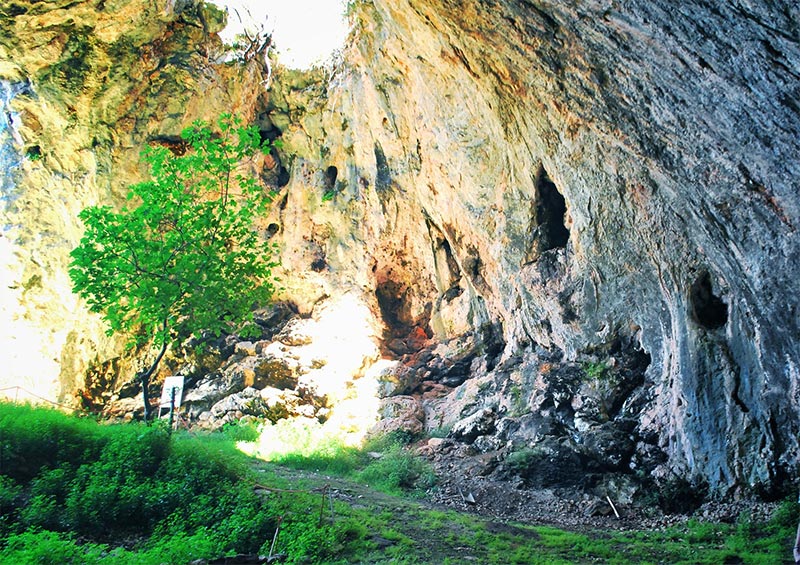 The first Illyrians showed up in the 2nd millennia B.C. and built their homes on tops of hills, surrounding themselves with dry walls to protect what little they had. The climate and terrain on the islands and in Dalmatia in general is very rocky and not a lot of crop grows there, so this was mostly cattle. They were present for nearly 2,000 years when they were defeated and colonized by the Romans.

The Roman empire started expanding Vela Luka to its size today and they brought with them culture, literacy and a lifestyle common for the rest of the Mediterranean. They used the so called villa rusticate as centers of commerce. These were large and ornate buildings equipped with central heating and entrances adorned with grand, colored mosaics. Many of these buildings survive to this day and are used as official buildings and even homes passed down from generation to generation. As with the rest of the islands under Greek and Roman control, the main occupation here was wine making which is still one of the specialties of the people of Vela Luka. 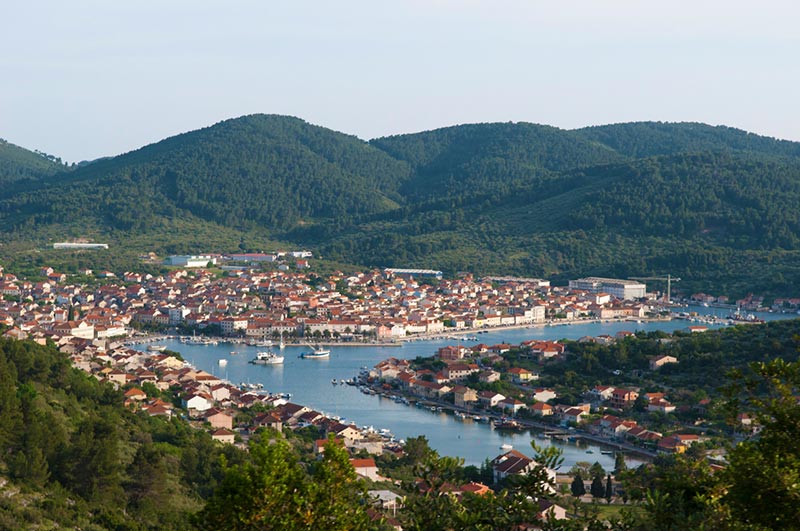 From the end of the Antique period and all throughout the Middle Ages, Vela Luka is shrouded in mystery. What scarce documents survive from the period describe only the presence of the Neretva pirates, extremely skilled sailors who spent centuries fighting the Venetia rule on the Adriatic.

The development of Vela Luka resumes from the 18th century when commerce goes through a sort of a renaissance and families form all over the island start building large, semi-fortified homes. The main export good produced was wine, but Vela Luka was also known for a fishing and sailing culture. Wine export was particularly important in the 19th century when it was one of the main sources of wine for the entire Austrian—Hungarian empire. The Austrians built a fortress on top of the Hum hill, and for the experienced hikers, this will offer a view from the towers like no other. 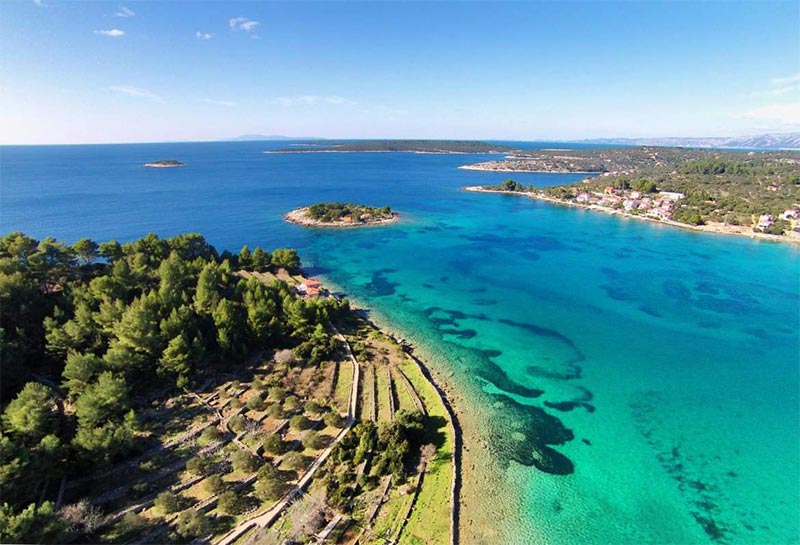 After both of the World Wars, Vela Luka was a deteriorating little town with no real industry or export to speak of. That’s when the Vela Luka shipyard was built, which later produced warships, along with a fish can factory.

Of more recent history, it’s worthy to mention that Vela Luka produced one of Croatia’s most beloved singers and, some would even say, symbols of Dalmatia itself, Oliver Dragojević (1947.-2017.). Known throughout the Balkan region and beyond, the kind-heated and tradition-loving singer found his specialty in songs describing love, the feeling of fishing in the early morning Sun and the general vibe of the Sea. Loved by both young and old, he sadly passed away in 2017. His body was then taken from the Split promenade and loaded onto a boat to Vela Luka, where he is buried, accompanied by over 10,000 people who came to mourn their old friend.

Today, tourism is the number one industry in Vela Luka, along with wine and olive oil making. It’s true that Vela Luka at first glance looks like a dull little place, but it will welcome you with peace found nowhere else in Croatia and a chance to unwind for a day!