I know what’s the first thing that pops into your mind when you hear the word Split: “That town has a funny name!” And it does indeed if viewed from the viewpoint of the English language. But there is so much more to this unique city than just its name; and yes, we’ve all heard the Banana Split joke more times than we can count (though we do make the best Banana Split in the world).

Situated on a peninsula on the Adriatic coast and surrounded by the mountains Kozjak and Mosor, Split is the second largest city in Croatia, just after Zagreb, its story starts 1700 years ago with a Roman Emperor and a strong desire to rest. 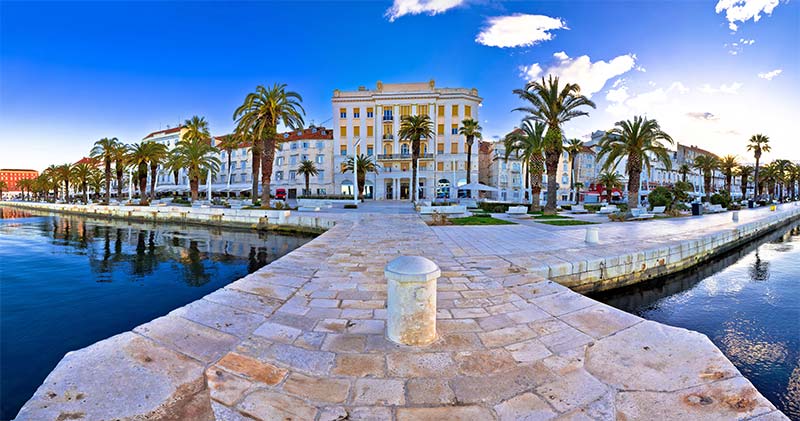 In the year 244 A.D., a family of low status living in Dalmatia had a son named Diocletian. He ended up joining the Roman army and eventually made it to the rank of cavalry commander of the emperor Carus’s army. After the deaths of Carus and his son Numerian on a campaign in Persia, Diocletian was proclaimed emperor. The title was also claimed by Caru’s surviving son, Carinus, but Diocletian defeated him in battle, thus claiming power for himself. During his reign which lasted for 21 years, he stabilized the empire and appointed three other rulers, dividing the Roman empire into quarters which made the job of keeping it together much easier.

During the end of his rule, Diocletian wanted to retire and come back to his homeland to spend his last few years in peace and luxury, and so he did. It is important to note that Diocletian was the only Roman emperor in the history of the empire to manage to retire instead of being killed in battle or assassinated. 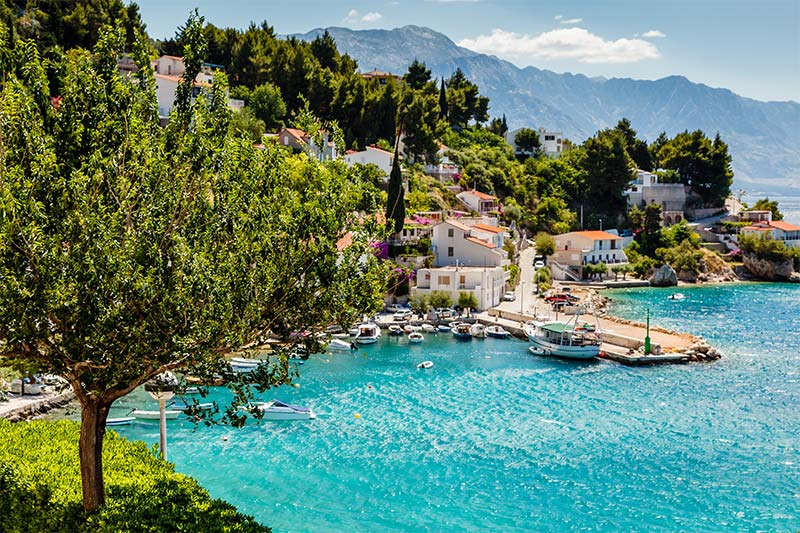 He chose a peninsula close to Salona, the town he was born in, for two reasons: it made an amazing port and it also gave him access to sulfur springs, which you can still smell on the Promenade today, which are known to have extraordinary healing properties.

He had a palace built on this peninsula, and he used only the finest stone excavated from quarries on the island of Brač, located just 45 minutes of sailing from the peninsula. The same stone, by the way, is well-known for its pearly white color and sturdiness and has been used throughout history in many buildings around the world – including the White House and the Taj Mahal! Once the construction of the palace was complete, Diocletian named it Spalato after a plant growing in the area in the rocky terrain, Spalatum. This later morphed into today’s Croatian name Split. 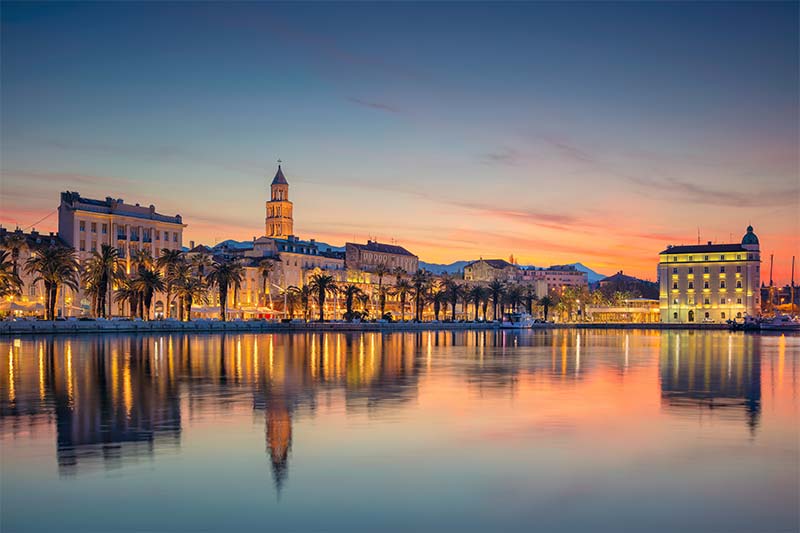 Before I continue the story, it is important to note that Diocletian was an avid Christian hunter, almost to the point of sport. There is even a legend that he had his own wife and daughter murdered for a mere suspicion of a possibility of them being Christian. Talk about paranoia!

This comes into play during the 7th century A.D. when the first Croatians started inhabiting the palace. These were Christian people, and one of the more prominent victims of Diocletian’s Christian hunts was a beloved bishop, later proclaimed a saint: St. Duje. The new inhabitants of the palace took Dicoletian’s bones from his mausoleum, threw them into the sewers and replaced them with what remained of St. Duje. They then converted the mausoleum into a cathedral which is one of the most recognizable symbols of Split today.

At first, the new-comers inhabited the palace and its quarters, but as more and more people came to live in Split, they started taking apart the palace and using the stone to build the first houses around it. Due to this, Split is oftentimes referred to today as the living monument.

The next periods of Split’s history play out very similarly to the rest of Dalmatia at the time. During the time of the Venetians and the Ottomans, Split was under the control of the Venetians, while the surrounding area was ruled by the Ottomans. Back then, Split was surrounded by imposing walls and bastions built to aid in the defense of the city. These were later almost completely destroyed by Napoleon.

Today, Split is a bustling center of culture, art and tourism. During the Summer months, it is absolutely booming with life. The streets of the palace which was once the last home of a powerful Roman emperor are now filled with little shops of all kinds, unique bars and restaurants. The remnants of the palace are still there, by the way, and you can explore them yourself as you walk around town, and you can even go under the palace into Diocletian’s basements!

But the palace, while definitely a must, is not the only thing this city has to offer. Walk just a little bit outside the walls and you will see Marjan hill, an incredibly beautiful nature park with a thick pine forest, amazing vistas of Split, several sports fields and many small medieval churches to discover. If nature isn’t your thing, there are malls, beaches, night clubs, beautiful walkways and peaceful parks. Or, if nothing else takes your fancy, sit down on the promenade, sip on some coffee and enjoy the energy of Split telling you to breathe deeply and rest.