We continue our series of Croatian destination overviews with Pula, the largest city of the Istria peninsula located in the northern Adriatic. Stretching both on and beneath seven hills on the southern tip of Istria, Pula inspires awe with its views towards the bay which has guarded the city in its safe embrace for millennia. Known both for some of the best beaches in Croatia and for amazing examples of Roman architecture, Pula is making its way onto the radar of more and more visitors each year.

The story of Pula begins 3,000 years ago, and is, quite literally, the stuff of legend. In the Greek epic poem “Argonautica”, Jason, a mythological hero, and his crew of “Argonauts”, comprised of a number of other heroic characters, set out on a quest to retrieve the Golden Fleece, a symbol of power and authority, from a place called Colchis. Once successful, they were pursued by the prince of Colchis and his army. Jason and his crew managed to escape, and the Colchian soldiers, unable to return home due to their failure, exiled themselves and founded Pula. This is, of course, purely a myth and one of the many Illyrian tribes would actually be responsible for founding a settlement in the area, but the fact that it is mentioned in the epic does tell us that the ancient Greek empire was very much aware of Pula even back then. 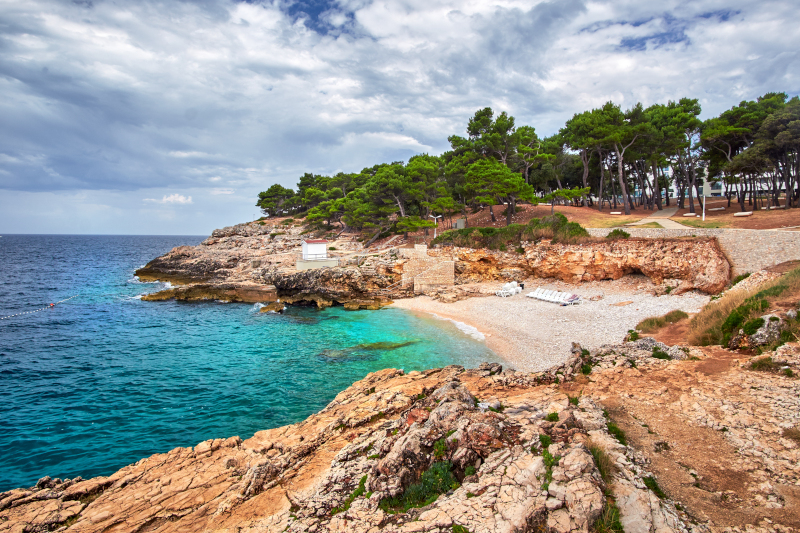 The Roman empire arrived to Pula in the 1st century A.D. and almost immediately built the very thing that first pops into mind for most people when Pula is mentioned, and that is a grand Amphitheatre, popularly referred to as “The Arena” in Croatia. Built into an elliptical shape, the Arena was used for bloody entertainment in the form of gladiatorial fights with both men and animals involved in the spectacle. With walls 32 meters tall, it is the 6th largest Roman Amphitheatre in the World, but it is among the most well-preserved in the World, second only to the Colosseum in Rome. With the remaining seating capacity of 5,000 people (it could originally hold up to 23,000 spectators), the Arena is still frequently used for concerts, plays and other cultural events. It even made it into the Guinness Book of World Records in 2003. when the World’s largest tie, 25 meters wide and 808 meters long, was tied around it. While we’re on the subject, here’s a little bonus fact for you: the tie was invented in Croatia and was popularised around Europe in the 17th century via Croatian soldiers who wore it while fighting in the 30 Year War.

Classical Pula was supplied with all the quality of life improving inventions of the Roman civilization, such as a water supply and sewage system. The centre of the city was the Roman Forum which was an administrative, commercial and religious hub. Pula was also fortified by walls during this period, and there was even a Triumphal Arch built which has been preserved through history. Some Roman villas also survive to this day and are kept in use for either official city buildings or, in some cases, are lived in by the locals. The first Croatians arrived to Pula nearing the end of the 6th century and were mostly peasants who adopted the feudal system set in place by the then-governing Franks. This allowed them to settle the area peacefully until the 12th century when the Venetian empire took over and used Pula mostly to build and equip galleys and for support in wars.

In the 14th, 15th and 16th century respectively, Pula was conquered by the Genoese army, then by the Hungarian army and finally by the Habsburg empire. It was due to the combination of these events and by a series of various epidemics that its population started to decline. Despite this, Pula could never truly disappear as it was simply too important for trade routes and it was saved by organized waves of settling. 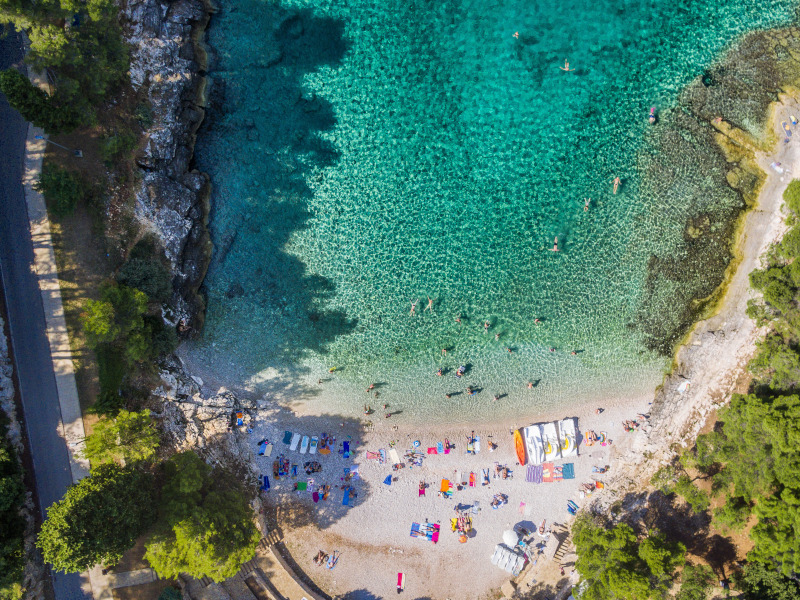 With the Austro-Hungarian investment into building a huge naval port and ship yard in the 19th century, Pula finally started regaining a large chunk of population and many of the buildings which started decaying over time were rebuilt. Slowly but surely, it became a prosperous town and a very important port, both in terms of military and trade.

After the fall of the Austro-Hungarian empire and the official language no longer being German, the people of Pula were free to use Italian, which the people preferred as it was used throughout history due to the geographical proximity to Italy, and Croatian soon disappeared from use. This was the case until 1947. when the Istrian peninsula was liberated from fascist Italy and was annexed back into Croatia.

Today, ship building is still a very important industry in Pula along with tourism. It is considered to be a sort of capital of Istria and is one of the cultural centres of Croatia. It is, however, still relatively undiscovered by a large chunk of travellers, but those that do decide to visit will certainly not be disappointed by what it has to offer. Roman antiquity, amazing beaches and a penchant for good Mediterranean cuisine will certainly ensure your time in Pula is well - spent.