Have you ever wanted to walk in the streets of a Roman town and feel like you traveled back in time? Well, if you visit Croatia, you can! Only a few kilometers away from Split, you will find the ruins of a city once great and powerful. The origin of both Diocletian and today’s town of Solin, I am talking about Salona, the former Roman capital of the Dalmatian province. Today, it is the largest archeological park in Croatia, consisting of remains of a fortified necropolis, the town Forum, houses and baths and even a Colosseum! Once a city counting 60 000 residents, it’s easy to see why Salona is often times called the „cradle of antiquity and Croatian history“.

The story begins all the way back in the 2nd century before Christ. By this time, there was already a local population of Illyrians who built a port town. Due to its very suitable position in the central part of the Adriatic sea and on the path into the Dalmatian mainland, the Roman empire took interest. The first mention of the name Salona comes fro, Cecilius Metellus, a Roman warlord who sought refuge there during a harsh winter in 119. BC, but the most crucial point to the development of the town came during a civil war between Caesar and Pompey when Salona sided with Caesar. As a reward for its allegiance, Salona was given the status of a colony. 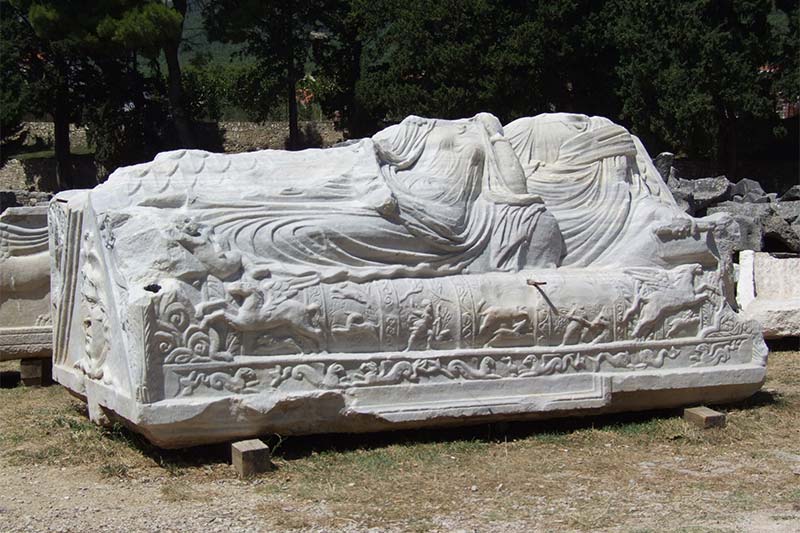 The town itself is of an elongated shape, with the oldest part found in its core, the entrance to which is a monumental portal dubbed Porta Caesarea (Caesar’s Portal). The center of Salona contains ruins of a bathhouse, a forum and a theater among the more significant findings. Over time, this became too tight for the increasing population and Salona expanded outside the original walls, even building new ones to protect the freshly built part of the town.

Very quickly, Salona became a crossroads of merchants from all over the then-known world. Quality wine, olive oil and various products done by the local craftsmen was exported and highly sought after. 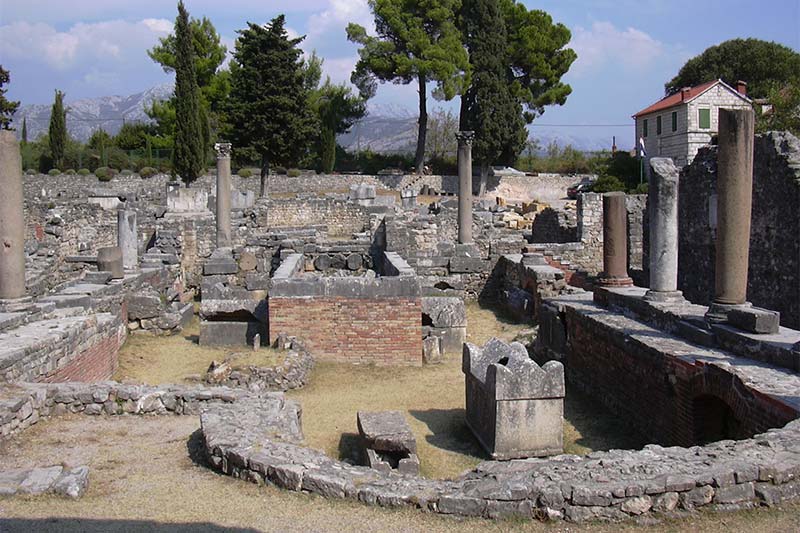 Salona reaches its full bloom during the 2nd and 3rd century when emperor Diocletian built his palace on a nearby peninsula (you can read more about this in our recent article about Split). This is also when a massive amphitheater was built in the Northwest part of the town. Today, we only have the ground floor preserved, but back then, this amphitheater was a glorious building consisting of 3 stories and able to seat 16 000 spectators who enjoyed frequent gladiator fights, and there is even a special gladiator graveyard close by.

In the eastern part of Salona lies the so called Regent palace, a grand building decorated by colored mosaics depicting Apollo, Orpheus and Triton who are characters in old Greek and Roman mythologies. 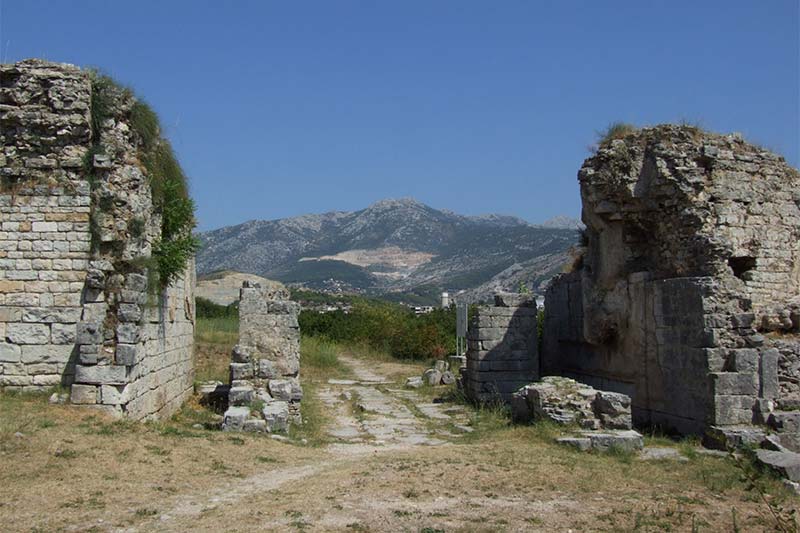 Outside the city walls, there are remains of a pagan necropolis – which is essentially a fancy way of saying a graveyard used to bury non-Christian Romans. This is significant as it’s a fine example of a rich burial architecture such as various sarcophagi, walled crypts and ancient tombstones. You will be able to stroll through all of the mentioned remains of Salona at your own leisure and take your time breathing the history in and exploring every nook and cranny!

Perhaps the most fascinating remnant of Salona is the Roman aqueduct which drew water from the spring of the river Jadro. This very aqueduct was used by Diocletian to supply his palace with drinking water, but what’s truly amazing is that Split, to this very day, uses it for the very same purpose. There’s a good reason the Romans were known as master engineers, and this is truly an undeniable proof of their skill. 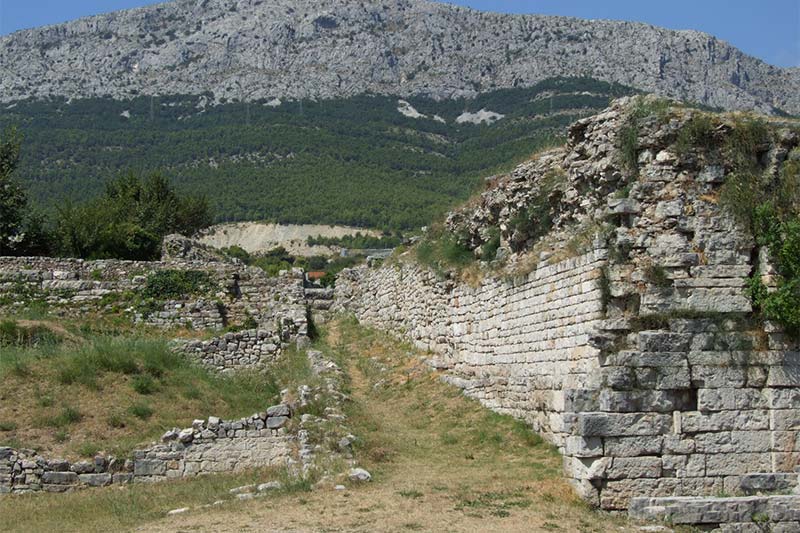 From the 3rd century on, Salona became a very important hub of Christians. Near the end of the century, the town had its own Bishop which then became the metropolitan of the entire Dalmatian region.

Salona met its end in the year 614. when the city was destroyed by the newly-arrived Slavic people. The people of Salona found refuge in Diocletian’s palace and survived the attack, but they never returned. Instead, they chose to start a new city, outside the once grand walls of Salona, to the East along the bank of the river Jadro. This new town was dubbed Solin and is Split’s next door neighbor.

Unlike the rest of the quaint little towns we have covered so far (and will continue covering), you won’t find restaurants, bars or even a beach in Salona. Instead, history written in stone, detailing the rise and fall of a magnificent empire is what awaits. For the curious, there will always be a new detail to see, no matter how many times you come back.